We are “sheltering in place” – staying home, working on my next book, keeping in touch by phone and email — and wondering what’s coming next. We awoke to bad news: a retirement home in one of our favorite cottage country towns, Bobcaygeon, Ontario, reporting nine deaths of elderly patients. Amid concern about a shortage of ventilator units, a  sober reminder from the doctor attending them: For even those who survive on a ventilator, “their quality of life will be abysmal.” Then word that the infection rate for Covid-19 in Canada and the U.S. might be ten times what’s been reported, due to lack of testing. President Trump, in another irrelevant diatribe, says he expects the U.S. to be out of danger by June 1. This after having said he thought the country would reopen by Easter.

So goes our ”annus horribilis,” this horrible year of 2020 that started with the great brush fires in Australia and the shooting down of the Ukrainian Airlines plane in Iran. If we thought things would get better we were soon dissuaded of that illusion. To those who considered Covid-19 just another flu-like virus, and that everyone was overreacting, even the skeptics should realize by this week — said to be a critical one for North America – that the danger is very real and very present.

It is hard to foretell the future. One who tried – and failed – was Dr. Francis Fukuyama, a U.S. State Department planner who in 1992 published The End of History. He argued that liberal democracy would sweep the world in the wake of the collapse of Communism. “A true global culture has emerged, centering around technologically driven economic growth.”  We faced nothing but progress, with all things getting better for all – a flatline for history; an era of abundance, peace, security.

We know things haven’t worked out quite that way. History has a way of tricking us – like the Gulf War, 9/11, the wars in Afghanistan, Iraq, and Syria. The 2008 financial crash. 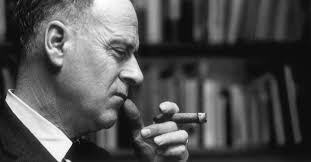 Whatever happens now, our own version of an end of history will be written over the next year or two. Those who expect the economy to come “roaring back” after the virus is quelled are unlikely to see their optimism fulfilled. Despite the government aid that’s been promised, the purchasing power of workers and consumers – and their ability to borrow – is likely to be as abysmal as the outlook for patients on ventilators by the time we’re finished with this.

What about social norms? We cannot go through the trauma of this global pandemic without it affecting us permanently, in ways we cannot yet imagine. Will our travails draw us together, making us a more compassionate society?

Will our reliance on government turn into full-out Socialism? The government guaranteeing employment and income for all? Do we really need monumental department stores now that we can fill almost all our needs online? Will we continue to demand the luxury and ostentation of high end shops and cafes? Book tickets for ocean cruises? Learn again how to greet, to hug, and to embrace with a kiss? Will there be any longer a need for huge office towers now that people have learned to work from home?

Will the pandemic pave the way for real action on climate change? Or make it unnecessary? Already, air pollution is down by half over the industrialized regions of the world.

In all of this, books will surely retain their importance. Online sales are up, way up, a hopeful sign that people are returning to their old reading habits. We writers hope they’ll keep it up.

One who could foretell the future was Marshall McLuhan, the Canadian communications theorist (“the medium is the message.”) After I got to know him in the 1980s, I liked to play a video clip for clients of him on why people come to the office. “It’s because of the files,” he said. “They’re all in the office, that’s why people jam the roads to get to work. But they don’t need to – it could all be accessible on broadband at home.” Those prophetic words were spoken a full decade before we’d heard of the internet.

We need a Marshall McLuhan now to tell us where we’re likely to go in these troubling times.

Ray Argyle is the author of four biographies, a book of Canadian political history, and a novel set in Victorian Canada. He has worked as a journalist, publishing executive, and media consultant. View all posts by Ray Argyle